Showing posts from August, 2017
Show all

Leo nimepata mwaliko kutoka kwa mratibu wa "Education and Outreach" wa kaunti ya Goodhue, jimbo la Minnesota, ambayo makao yake ni mji wa Red Wing. Ananiuliza kama nitaweza kwenda kuongea kuhusu hadithi. Ameandika: I recently found information about your program last February with the Kofa Foundation “Folklore, Food, and Fun with Dr. Mbele –Celebrating our Roots.” Your presentation sounded fun and informative and, I would love to bring your expertise and insights to Red Wing. If possible, I would like to schedule you for a presentation in February to celebrate Black History Month. I would like to host something very similar to the Kofa Foundation event but, without the potluck aspect. I think our audiences would still enjoy the story-telling and fun. If you would like to bring your book 1Africans and Americans: Embracing Cultural Differences to sell at the conclusion of the presentation, you are welcome to do so. Ninahisi kuwa taarifa inayotajwa ya Kofa Foundation, ni
Post a Comment
Read more 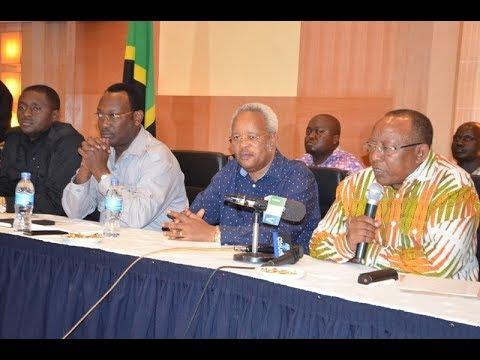 Tumesoma "Confession of the Lioness" 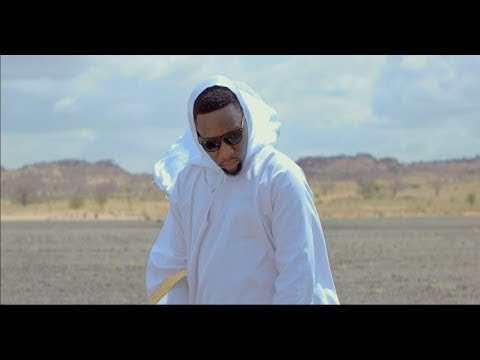 Roma, a Tanzanian composer and singer, has become a household name in Tanzania, albeit controversial, on account of his compositions. His latest song, "Zimbabwe," has just been released to much acclaim, but also reservations. It is a charged piece that is bound to raise sentiments and maybe ruffle a few feathers. "Zimbabwe," is a music video that brings up seemingly disconnected and random images and references incorporating ideas, sentiments, and pleas. Clad in flowing robes, like a prophet, Roma traverses an expansive landscape proclaiming his message, which sounds like an apocalypse. I think of Yeats's vision--in "The Second Coming"--of a rough beast slouching towards Bethlehem to be born, but Roma's vision is not entirely dark and ominous. The plight of prophets is often uncertain and Roma's is no exception. He has experienced rejection, censure and even kidnapping, which is a key theme, if not the impetus, of his "Zimbabwe"
2 comments
Read more 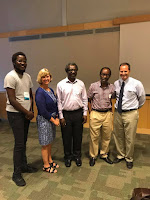 Tarehe 12 Julai, nilitoa mhadhara Global Minnesota, kama nilivyoelezea katika blogu hii. Nimepata barua ya shukrani kutoka Global Minnesota, iliyoandikwa tarehe 20 Julai, ambayo ni kumbukumbu nzuri kwangu. Imeandikwa: Dear Dr. Mbele On behalf of Global Minnesota, I would like to thank you for speaking at the Global Conversations program on "African Folktales to Contemporary Authors" at the Minneapolis Central Library on July 12. Your extensive knowledge and skillful storytelling captured and kept our audience's attention throughout the program. The program was both informative and entertaining, and the feedback we received from the attendees and our partners was extremely positive. We were also so pleased that you brought your daughters to the program and rekindled an old MIC/GLobal Minnesota connection. Thank you for partnering with us on this program and helping us in our mission to bring greater awareness and appreciation of African culture to the general
Post a Comment
Read more
More posts